This will be quite hard to write, as the possibility of this being very public and seen by a lot of people exists, and I have still not recovered from what has been going on the past year. I’ll keep it as short and understandable as possible, but please understand that I will not give out more detail about this; than I am about to type right now. If I ever do feel like specifying, then I will do so myself. Any comprehension issues I’m happy to answer, though! Let’s start with the “easy, normal” stuff. I got into my first relationship at the beginning of 2018. We had a wonderful time then, it ended just a short three months after. There’s really not much more to say about it. I drifted farther into depression and suicidal thoughts than ever before. It got… bad. Like, really bad. Looking back, I don’t know how I just kept putting one foot in front of the other. Am I ashamed? No. Do I struggle laying this out without any point of protecting myself? Yeah, sort of. But I’ve started working on it, I’m taking medication, I’m going to therapy, I have a wonderful, loving boyfriend who is my rock when I need him. Before you ask, we got together just over a year ago. We both study computer science, but he’s almost done – whereas I basically am just starting.

University has been hard, really hard. It got worse after failing exams. I lost my hope and trust in being smart enough to get through it all. I lost energy and happiness due to depression. Struggled to just keep myself somewhat presentable, and act as if I was still a functioning human being. Inside… nothing was working.

Now to the thing that really shot me in the leg. A family member has played with my life by saying they’d take care of my bills and paperwork. You don’t expect your family to betray you, right? Well, I would’ve expected to at least get a message of “Hey, look, I know I said I’d manage everything, but I’ve noticed I won’t be able to… so, maybe look to figure it out for yourself.” But instead, I was left in the blue, thinking everything was fine and cared for. Until I got letters. Bills. Bills of thousands of euros. Safe to say the ground beneath my feet basically just slipped away and I was in a free fall into a black hole of hopelessness and struggles. I tried getting things together. The family member who made this mess has been angry that I was trying to fix the mess, hasn’t contacted me since finding out I wasn’t going to send them money anymore and taking care of my own finances. Well, except for my birthday. By delivering a message through their partner. To try and make me feel bad for not congratulating their partner to their birthday. My boyfriend did all he could to help me out, helped pay, helped make a plan, held my hand when I came home crying, helped me fall asleep when I was crying more than breathing, when I couldn’t do anything anymore, when I was literally breaking in front of him and he had to somehow make me take on the next day. To top this all off, I was sick for a full six months. I had a bad allergic reaction, an eye infection and then an allergic reaction to the eye serum I got. My eyes were swollen shut. Literally. My eyes didn’t get to 100% normal until about another six months later. I had to go to the hospital multiple times just to get my eyes somewhat normal, so I could see. I have atopic dermatitis as well, which was f*cking me up in a whole other way than ever before. (If you want pictures, you don’t know how bad it can actually look.) I scratched. I was bleeding. I looked at my boyfriend with such pain that he said “your suffering is obvious. I know it hurts”. I was on pain killers daily. Then I got a treatment which helped, together with finding what was causing my allergic reaction. I got light therapy, which caused multiple sunburns in the beginning. It got better and now there’s only small patches of bad skin left on my palms and tiny bits of dry skin on random places which don’t bother me much at all, since I’ve been used to this my whole life.

Let’s not talk about my accidents while cycling, and falling into a river. Those were mere scratches compared to everything else. I’ve started my third job this month. The other two before, weren’t working, either because I was working too “theoretical and accurate” or because I couldn’t work with my boss who was triggering my depression and other bad mental stuff. The first one I had to remind to pay my last paycheck. The second one still hasn’t paid after more than two months now. Financially… I’m getting better, but it’s still a struggle. It’s going to take me at least two years just to sort the most important stuff out and pay everything off that has piled up without my knowledge. But I’m working on it as fast as possible, considering that I’m a student and restricted in working hours by insurance and lectures. I even thought about starting a gofundme, because I didn’t see a way of getting out myself. Anyway… obviously, none of what happened helped me in university. I’m just now starting with a relatively free mind, considering life going on around me. What’s still a struggle sometimes, is my mind, but I got a professional, wonderful, understanding and open therapist who I can freely talk to about everything.

Basically this is the shortest, but also most detailed version of what has been going on that I feel comfortable sharing right now.

If you’re struggling yourself, I really don’t have a lot of smart stuff to say that’s applicable to just any situation. However, if you want to talk, let me know. Otherwise check here for international suicide hotlines.

The regular stuff, but from the bottom of my heart: you’re cared for. Have a *hug* (if you’re okay with hugs.) Someone cares. I do. Much love and strength.

This is it from me for today, I’ll hopefully be back to blogging about more happy stuff and especially back to reading more soon!

View all posts by followingmusesblog

This site uses Akismet to reduce spam. Learn how your comment data is processed.

Welcome to Following Muses! If you are interested in a wide range of topics, for example music, books, photography, travel and/or essays and discussions, then this is the Blog for you! Most of the posts will be in english and very few will be in german. Sincerely, Yasaman. 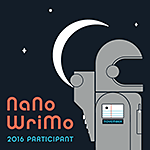 If you decide to buy/order something from these companies by using my link, I get a small commision. You will not be charged more because of this. Neither will I be informed about your address, full name, whatsoever. 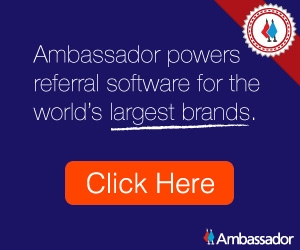